“O’Neill’s writing voice is instantly recognizable,” says Deborah Dundas for the Toronto Star. “It’s magical and playful and, because of that, is a foil to the darker elements of the story, reinforcing the tension. It also gives her work a fairy-tale-like quality.”

Heather O’Neill comes from a family of storytellers, with deep roots in Montreal. Her 2006 debut novel, Lullabies for Little Criminals, landed her a spot on the Governor General’s Literary Award shortlist and won Canada Reads 2007. She went on to become the Giller Prize’s first back-to-back finalist with her novel, The Girl Who Was Saturday Night (2014), and her short story collection, Daydreams of Angels (2015). Heather’s most recent bestselling novel, The Lonely Hearts Hotel, won the Paragraphe Hugh MacLennan Prize for Fiction and was longlisted for the Women’s Prize for Fiction and CBC’s Canada Reads.

Set in Victorian Montreal, O’Neill’s latest novel, When We Lost Our Heads, tells the story of two girls whose friendship is so intense that it not only threatens to destroy them, but changes the trajectory of history. It is a page-turning novel that explores power and gender, sex and desire, status and class, and the horrifying strength of the human heart when it can’t let go.

Born and raised in Montreal, O’Neill lives there with her daughter.

1. An Evening with Heather O’Neill 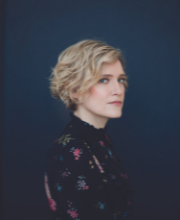