Helen Humphreys is a “method” writer, unafraid to immerse herself in the subject of her work, whether that’s English gardens or the Arctic sea. In fact, on an Arctic voyage to research an upcoming book, she found herself wishing that her ship would sink so she would better understand the fate of her characters.

Though many of her novels are based on historical events, Helen’s lyrical prose harkens back to her beginnings as a poet. “Stark, precise poetry,” said Kirkus Reviews of Coventry, adding that Helen builds “a palpable, almost unbearable sense of inevitability and loss that echoes both John Hersey’s Hiroshima and Ian McEwan’s On Chesil Beach.”

An avid reader and a disciplined writer, Helen dropped out of school in tenth grade, finished her education at an alternative school, and published her first book of poetry at the age of twenty-four. When she turned to writing fiction, she didn’t sign up for a writing class; instead she maxed out her library card, determined to read through the fiction section in alphabetical order. Her commitment and passion are evident in each of her ten books.

Helen is also a gifted writing coach. In 2009, she was awarded the Harbourfront Festival Prize. The $10,000 award is presented annually by the International Festival of Authors (IFOA) to an author of note for their literary production, but also for their willingness to help other writers. IFOA director Geoffrey Taylor said that, “Helen has…immersed herself deep in the Canadian writing community.” Helen regularly coaches young writers at workshops across the country. She has also been writer-in-residence at several libraries and universities, including Queen’s University, the University of Illinois, and the North York Public Library.

Winner of the Rogers Writers’ Trust Fiction Prize, Helen has also won the Lambda Prize for fiction and the Canadian Author’s Association Award for Poetry, and her work has twice been named a New York Times Notable Book of the Year. Her novels and nonfiction have been national bestsellers, and Wild Dogs is now optioned for film.

Her latest book, The Reinvention of Love, is based on the fascinating true story of Charles Sainte-Beuve, his lover Adele, and her husband, Victor Hugo. The Reinvention of Love is not a traditional love story. In her review for The Globe and Mail, Donna Bailey Nurse notes that the novel is, “a clever, witty inquiry into the nature of love, reminiscent of the metaphysical poets.” The National Post’s Philip Marchand praises the book as, “a triumph of lucid, vigorous, suspenseful narrative.” The Reinvention of Love is Helen Humphreys’ at the pinnacle of her powers: confident, witty, and indomitable. 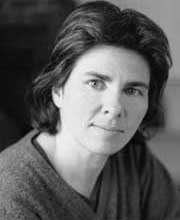 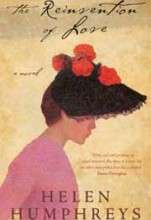