Howard Engel, creator of the much-loved Benny Cooperman mystery novels, now brings us the twelfth book in that popular series. East of Suez sees Benny going abroad to investigate the death of an old schoolmate. Still suffering from a brain injury that has made his own world alien to him, Benny is now willing to broaden his horizons by travelling to countries where he can’t read the signs.

Described by Ruth Rendell as “a born writer, a natural stylist . . . who can bring a character to life in a few lines,” Howard is the winner of the Arthur Ellis Award for Crime Fiction, the Crime Writers of Canada Derrick Murdoch Award, the prestigious Matt Cohen Award and the Harbourfront Festival Prize for Canadian Literature. He was recently honoured for lifetime achievement by the Canadian Jewish Book Awards. In 2001, he suffered a stroke that left him with a condition that compromises his ability to read but does not affect his ability to write — an experience that he has drawn on in recent books, including his powerful memoir, The Man Who Forgot How to Read.

A former teacher, reporter and CBC producer, Howard was born in St. Catharines and currently lives in Toronto. He was appointed a Member of the Order of Canada in 2007. 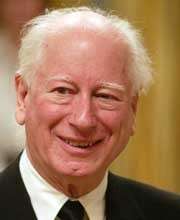