Hugh Segal (Conservative, Kingston-Frontenac-Leeds), was appointed to the Senate in August, 2005 on the recommendation of Prime Minister Paul Martin. Before that, he served in the public policy and political realms as President of the Institute for Research on Public Policy, Chief of Staff to the Prime Minister of Canada, Associate Secretary of Cabinet for Federal–Provincial Relations, Secretary to the Policy and Priorities Board in Ontario and Legislative Secretary to the Leader of the Opposition in Ottawa.

The Chair of the Special Senate Committee on Anti–Terrorism, he is also former Chair and present member of the Senate Committee on Foreign Affairs and has served on the Agriculture & Forestry Committee and the Cities subcommittee of the Social Affairs, Science & Technology Committee of which he was Vice–Chair. He headed a NATO parliamentary delegation to Washington, and in 2004 he chaired the annual Canada–UK Colloquium.

Hugh’s long experience in political life brilliantly informs his most recent book, The Long Road Back: The Conservative Journey, 1993-2006, in which he offers “a unique insider’s analysis…and applies his considerable breadth of knowledge for a scholarly take on what makes Conservatives tick,” says the Globe and Mail.

Outside the Senate, Hugh is an adjunct faculty member of the Queen’s University School of Policy Studies and School of Business, a Fellow of the Canadian Defence and Foreign Affairs Institute in Calgary and a Life Fellow of the Institute for Research on Public Policy.

A University of Ottawa graduate in history, Hugh was appointed to the Order of Canada in 2003 and holds honourary doctorates from his alma mater and the Royal Military College of Canada. 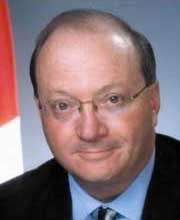 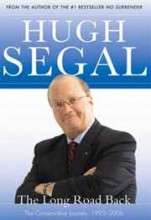