When Iain Reid, a self-described overeducated, underemployed twenty-something, landed a job at a radio station near his childhood home, he decided to take it, trading a bug-infested basement apartment in the city for his parents’ hobby farm. What started out as a temporary arrangement turned into an extended stay in which Iain found himself fighting with barnyard fowl, taking fashion advice from the elderly, fattening up on home-cooked food—and writing a book about the experience.

One Bird’s Choice, his charming and hilarious debut, is a memoir about food, family, and finally growing up that bridges the gap between the boomer and boomerang generations. It manages to combine “the surreal, the down to earth, and the humane all at once,” says author and editor Ian Coutts. “Imagine a car built by Marcel Duchamp, driven by Garrison Keillor, with the Dalai Lama navigating.”

Iain’s writing has appeared on several CBC shows including DNTO and Metro Morning, and he hosted a summer program called The Retro Book Club, for which he visited used bookstores and reviewed literary classics. He has also written for the Globe and Mail, the Iceland Review Online, and Atlantica Magazine.

Born in Ottawa in 1981, Iain is a graduate of Queen’s University. He now makes his home—his own home—in Kingston. 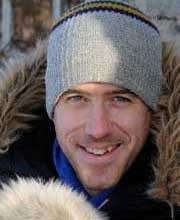 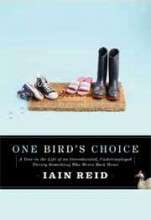