Local author Iain Reid has had a good year. In 2015, he was the recipient of the prestigious RBC Taylor Emerging Writer Award, and his debut novel, I’m Thinking of Ending Things, was snapped up by Simon & Schuster’s new imprint, Scout Press, with whom he’s signed a two-book deal.

If you’re familiar with Iain’s two critically acclaimed books of non-fiction—the comical One Bird’s Choice and the touching The Truth About Luck—this new turn towards the “deeply suspenseful and irresistibly unnerving” might come as a surprise, but expect it to be pleasantly unpleasant. Author Scott Heim has praised it as “one of the best debut novels I’ve ever read,” and the book is already drawing comparisons to early José Saramago, Michel Faber’s cult classic Under the Skin, and Lionel Shriver’s We Need to Talk about Kevin.

“Here are some near-certainties about I’m Thinking of Ending Things. Number One: You’re going to read it fast. Over the course of an afternoon or an evening. The momentum is unstoppable—once you start, you won’t be able to stop. And Two: once you race to the end and understand the significance of those final pages, you won’t be able to stop thinking about I’m Thinking of Ending Things. It will find a spot in your heart and head and it will live there—for days, weeks, months, or (in my case) the rest of your life. Yes. It really is that good.” Craig Davidson (aka Nick Cutter), author of Cataract City and The Deep.

Iain’s work has appeared on NPR, CBC Radio, and in publications such as Kingston Life, the Globe and Mail, the National Post, Reader’s Digest, and The Classical. He is a graduate of Queen’s University, where he studied history, English literature, and philosophy.

Appearing in: 33. Thrillers Made for the Movies 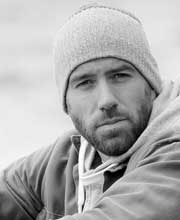