He writes, he brews, he writes about brewing. For many years an editor at Toronto’s Madison Press Books, Kingstonian Ian Coutts is the author of four books, and co-author of two, including Brew North: How Canadians Made Beer and Beer Made Canada, an illustrated and critically acclaimed history of beer and beer drinking in Canada.

About his most recent book The Perfect Keg: Sowing, Scything, Malting and Brewing My Way to the Best-Ever Pint of Beer chronicles Ian’s adventures and misadventures in creating the perfect beer from absolute scratch–planting his own hops, growing and malting his own barley, collecting wild yeast, and then putting it all together in an oaken cask. Blogger Life, Fermented writes, “It took a few chapters for my brain to re-orient itself from the more scientifically-minded books…This book [is] something different, a story, as if told over a pint on your back porch.”

Ian is also a journalist whose work has appeared in Toronto Life, Canadian Business, The Globe and Mail, Taps: The Beer Magazine, and elsewhere. He also works for the Canadian Museum of Civilization, the Canadian War Museum, and Queen’s University.

Ian divides his time between Kingston, Ontario, and a farm in the Ottawa Valley. 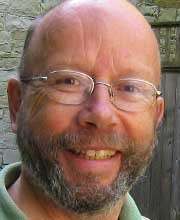 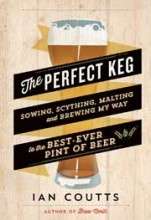