While in his 20s, Ian Hamilton wrote The Children’s Crusade, a Canadian Book of the Month Club selection. Four decades later, after being rushed to hospital with an aortic aneurysm, he wrote The Water Rat of Wanchai in six weeks flat. It won the Arthur Ellis Award for best first novel, and was one of Amazon.ca’s Top 100 Books of the Year. He completed the first four novels in the Ava Lee series in just eight months.

Ava, a young Chinese Canadian forensic accountant with martial arts skills who, with her partner “Uncle” specializes in recovering massive debts, operates under the guideline that their work should be conducted in countries with organized corruption. The exotic settings of each book, Ian says, “choose themselves, although some are related to experiences I had in particular cities and countries. For example, in The Water Rat of Wanchai it was natural enough to involve Thailand and Guyana in a story about a seafood scam, and Las Vegas in the book about online gambling.”

Sixth in the series, The Two Sisters of Borneo became an instant Globe and Mail bestseller upon its release in February. The King of Shanghai will be published in February 2015.

Ian has been a journalist, a senior executive with the federal government, a diplomat, an international businessman and has written for Maclean’s, Boston Magazine, and Saturday Night. He lives in Burlington, Ontario, with his wife. 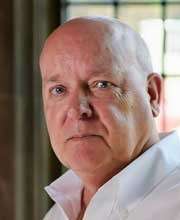 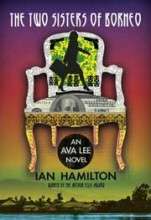