Ian Hogeboom-Burr was born in Whitehorse, Yukon, where the hostile climate taught him to appreciate the joys of staying indoors and reading. Ian left the Yukon in 2014 to attend high school at Etobicoke School of the Arts in Toronto, where he majored in film.

In 2014, Ian placed 2nd in the Poetry in Voice finals, a nation-wide poetry recitation competition for high schools. His passionate and visceral performances stood out amongst the competition. “I really believe there’s merit to hearing someone recite, even if it’s a poem you’re already familiar with. To learn a poem, I really need to pick apart every syllable – figure out what I want to stress, what emotional emphasis I want to place on each word. My hope is that, by paying attention and bringing my personal interpretation to those details, it lets the audience experience and think about the poems I perform in an interesting way.”

Outside of poetry, Ian has produced independent films which have screened at locations including TIFF Bell Lightbox and the Dawson City International Short Film Festival. He also heads a Toronto-based indie rock band known as Sanchos. Ian is currently a student at Queen’s University, completing a degree in Mathematics and Engineering. 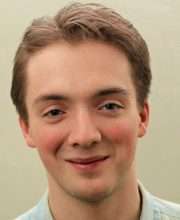