Ian McKay, as an historian, professor, and writer, has had a profound influence on the study of history in Canada. Thirteen years ago, he articulated a new  framework for interpreting Canadian history, arguing that “the category ‘Canada’ should henceforth denote a historically specific project of rule, rather than either an essence we must defend or an empty homogeneous space we must possess. Canada-as-project can be analyzed as the implantation and expansion over a heterogeneous terrain of a certain politico-economic logic — to wit, liberalism.”

Ian pays scrupulous attention to points of resistance and struggle that shaped the particular contours of Canadian liberalism. This is evident in his books Rebels, Reds, Radicals: Rethinking Canada’s Left History and Reasoning Otherwise: Leftists And The People’s Enlightenment In Canada, 1890-1920, which won the prestigious Sir John A. McDonald Prize, awarded by the Canadian Historical Association for the best book written in Canadian history.

In 2012, Ian coauthored with Jamie Swift Warrior Nation: Rebranding Canada in an Age of Anxiety, a timely and accessible book on Canada’s journey from a peacekeeping to a militarized nation. As Farley Mowat says, “if you are a peaceable person either by nature or intent, you would do well to listen to Jamie Swift and Ian McKay…before the last trumpet sounds.”

A professor of Canadian History at Queen’s since 1988, Ian McKay was raised in Cornwall, Ontario, in what has become a very literary family: his older brother Don McKay is one of Canada’s most respected and awarded poets, and his sister, Kitty Lewis, is general manager of Brick Books, a prestigious poetry press founded by Stan Dragland and Don McKay in 1975. 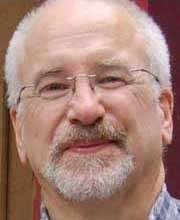 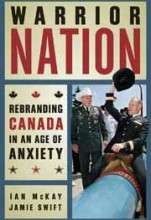