“A radical new voice in Canadian fiction.” That’s how veteran poet and teacher Rhea Tregebov hails the debut of Ian Williams, who was just named winner of the Danuta Gleed Literary Award for best first book of short fiction.

In his provocative collection of short stories, Not Anyone’s Anything, Ian plays with form, sometimes splitting the page to follow two narrative voices. As they roam through Toronto and its surrounding suburbia, Ian’s characters wittily and wryly draw attention to the angst and anxieties associated with being somewhere between adolescence and more-than-that.

This spring, Ian published his debut collection of poems, Personals, a collection written in a variety of traditional poetic forms: ghazals, a pantoum, blank  sonnets, and mock-heroic couplets. But he also invents his own forms: poems that spin into indeterminacy, poems that don’t end. Meanwhile, as in his stories, his poetic characters attempt (and often fail) to connect with each other. “Williams uses the hook of newspaper personals to highlight how aware we all are of everything nowadays yet feel we’ve missed the magic moment.” (Mike Landry, Telegraph-Journal)

Ian’s writing has appeared in Fiddlehead, Arc, The Antigonish Review, and Descant, among many other magazines. He completed his Ph.D. in English at the University of Toronto and taught at Fitchburg State University in Massachusetts. This summer he returned home to Brantford to devote himself to writing. 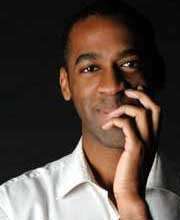 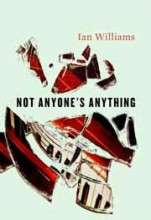