J.B. MacKinnon’s new book, The Once and Future World: Finding Wilderness in the Nature We’ve Made, began with his realization that the short-grass prairie he grew up on was not the pristine wilderness he remembered it to be. The prairie he walked on was actually the top layer of a long history of transformation, from woolly mammoth to bison to Texas longhorn, part of the “ten-percent world” we have come to inhabit. We have lost the land’s history, he writes, “out of greed, yes, but also out of a great forgetting.”

J.B. has long been against forgetting. His first book, Dead Man in Paradise, about the murder of his uncle, a missionary in the Dominican Republic, was a classic nonfiction mystery. It was also about the paradox many of us inhabit: we seek justice in the world, but we also long to forgive and forget. J.B. inclines towards the former.

He is best known for The 100-Mile Diet, which he co-wrote with his partner, Alisa Smith, in 2007, and which was primarily responsible for kick-starting the local-foods movement. In that book, using their home in Vancouver as the centre-point, he and Alisa alerted us to the waste, both of energy and nutrients, inherent in the long-distance transportation of food.

In the 2008 L.A. Times bestseller, I Live Here, of which he was one of four authors, he drew the world’s attention to the plight of displaced people everywhere – people who are all-too-often forgotten in the globalization of commerce and culture.

J.B. is a former editor of Adbusters, the magazine that prompted the Occupy movement, and a senior editor of Explore. He’s won dozens of National Magazine Awards as well as the Charles Taylor Award for Nonfiction. In all his work, he reminds us that nature is not a place to dump our waste, but a storehouse of miracles. Despite all our efforts, he writes, “it remains a beautiful world, and it is its beauty, not its emptiness, that should inspire us to seek more nature in our lives.” 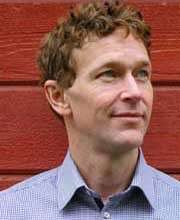 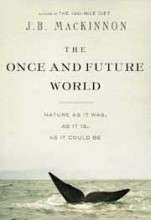