John Maxwell Coetzee is one of our greatest living writers. Each of his precise, elegant, and reflective novels unflinchingly examines “the relationship between the powerful and the powerless, the dynamic between reality and imagination, the Darwinian nature of contemporary life, and the costs of emotional survival,” says Michiko Kukutani in The New York Times.

The recipient of a Nobel Prize for Literature in 2003, Coetzee won praise from the panel for the “well–crafted composition, pregnant dialogue and analytical brilliance” of his work. “He is a scrupulous doubter, ruthless in his criticism of the cruel rationalism and cosmetic morality of Western civilization,” they said. “In exploring weakness and defeat [he] captures the divine spark in man.”

Besides the Nobel, Coetzee has won numerous other awards, including the James Tait Memorial Prize, the French Prix Femina Étranger, the Commonwealth Writers’ Prize and the Irish Times Fiction Prize. He has twice won Britain’s Man Booker Prize, for The Life and Times of Michael K and Disgrace.

The author of several works of criticism and translation, he has also published three “fictional autobiographies” that trace the roots of his spiritual affinity with the disenfranchised and the dispossessed back to his childhood sense of being an outsider. These include Boyhood, Youth, and his most recent, Summertime, which The Independent (UK) describes as “a subtle, allusive meditation.”

A former professor of English and Linguistics, Coetzee was educated in South Africa, London, and at the University of Texas, Austin. In 2002 he emigrated to Australia, where he lives with his partner, scholar and editor Dorothy Driver. 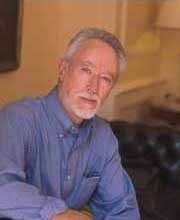 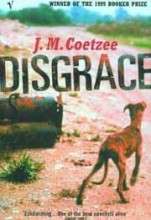 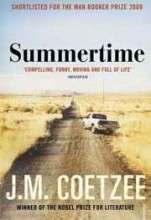