Jack Illingworth is passionate about books and publishing. He says, “I joined the publishing world, and then the funding world, as a fan. I’ve always read against the grain, loving books that are a bit off the beaten path. I go to work to help foster a world where everyone has access to art that spins their head around.”

Currently, he is Literary Officer for the Ontario Arts Council, and previously served as Executive Director of the Literary Press Group of Canada. He began his career at the Porcupine’s Quill, a literary press based in Wellington County, and has also worked for the Association of Canadian Publishers, where he led the initial planning and visioning work for 49th Shelf and eBound Canada.

Jack has served as a director and vice chair for the Book and Periodical Council, the umbrella organization for writing and publishing in Canada, and is currently a director of the Doug Wright Awards for excellence in Canadian cartooning and comic arts. He also has done advisory work for a variety of organizations, including the Canada Council for the Arts, the Cultural Human Resources Council and the Ontario College of Art and Design’s Strategic Innovation Lab (as part of its 2020 Media Futures project, funded largely by the Ontario Media Development Corporation).

Jack jokes: “I’m a bureaucrat–I don’t have hobbies!” but confesses that he does “spend a lot of time birding and doing various kinds of nature photography.” 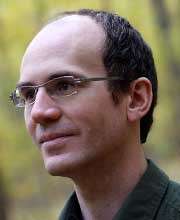