The multi–talented and versatile James Chatto is the author of six highly acclaimed books—and one of Canada’s best–known food writers. As a journalist, he was Toronto Life’s restaurant critic for twenty–three years, and he is Senior Editor of the LCBO’s Food and Drink magazine.

Born in London, England, James began his career as singer and saxophonist and had a hit record in 1977. He went on to act in film, repertory theatre, and on the West End stage, where he appeared as Annas and Pontius Pilate in Jesus Christ Superstar.

After retiring from performing at the ripe old age of twenty–six, he moved to a remote village in Greece, where he and his Canadian wife, Wendy Martin, lived for four years, raising children, farming olives and making wine, an experience he described in his second book A Kitchen in Corfu and revisited in his 2005 memoir, The Greek for Love.

The Greek for Love, which the Toronto Star describes as “every bit as sumptuous as its setting,” won the Drummer General’s Award and was shortlisted for the prestigious Charles Taylor Prize for literary non–fiction.

James’ work has won gold medals from many sources including the Ontario Hostelry Institute, Cuisine Canada, the National Magazine Awards Foundation and the City and Regional Magazine Awards. He has been nominated for three James Beard Awards in New York and three World Food Media Awards in Australia, and he was recently made a Chevalier du Taste Fromage de France.

James is the National Culinary Advisor for Gold Medal Plates and co–founder of the Canadian Culinary Championships. He also sits on the national Advisory Committee for the Governor General’s Award in Celebration of the Nation’s Table. 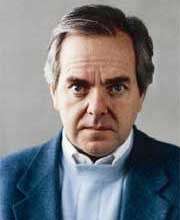 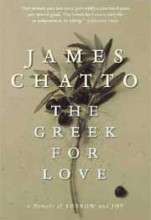