As Long as the Rivers Flow is a culmination of five years of travel in the North,” author James Bartleman says of his first novel. “I went to too many funerals, and saw the grieving of the people.”

James, Ontario’s Lieutenant–Governor from 2002–2007, was haunted by the desperation he found while working to promote anti–racism, mental health and the welfare of native youth. There was “an epidemic of suicide among children and youth, which no one was paying attention to,” he recalls.

As Long as the Rivers Flow casts an unflinching eye on the self–destruction that often befalls residential school survivors and their children…. Impressive,” says
Quill & Quire.

A member of the Chippewas of Rama First Nation, James rose from humble circumstances—living in a dilapidated old house complete with outdoor toilet and coal oil–lamp lighting—to become Canada’s first aboriginal ambassador, and to enjoy a distinguished thirty–five year career in the diplomatic service.

He’s the author of four bestselling works of non–fiction. Two are memoirs of life in Canada’s foreign service: On Six Continents and Rollercoaster: My Hectic Years as Jean Chrétien’s Diplomatic Advisor. Out of Muskoka and Raisin Wine both explore his childhood in Port Carling, Ontario, as the son of a white father and Chippewa mother.

James directed royalties from his first three books to the causes he’s supported since he was Lieutenant Governor, and used those from Raisin Wine to help ship books and reading materials to native youth in northern aboriginal communities. He lives in Perth, Ontario, and is at work on a second novel with a native theme. 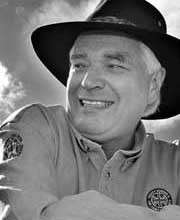 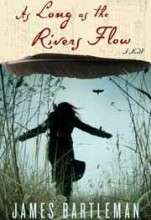