James Laxer has been a fighter all his life.

He moved into the political spotlight more than 40 years ago when he helped found the Waffle Group, Canada’s largest New Left political movement. In 1971, at the age of 29, he ran second for the national leadership of the New Democratic Party. In his early 30s, he was a leading crusader against the power of  multinational petroleum companies. His speeches and television appearances helped lead to the creation of a nationally owned oil company, Petro Canada.

In the mid 1980s, he joined the National Film Board of Canada as host narrator for a documentary series on the changing global economy and Canada’s place in it. Judged too controversial to air on the CBC, Reckoning was broadcast on educational networks across the country and around the world, winning multiple awards.

But it is as a writer that Laxer has had the greatest influence, first with Decline of the Superpowers, then False God: How the Globalization Myth Has Impoverished Canada, In Search of a New Left: Canadian Politics After the Neo-Conservative Assault, The Undeclared War: Class Conflict in the Age of Cyber Capitalism, and Red Diaper Baby: A Boyhood in the Age of McCarthyism, a memoir that won the Canadian Jewish Book Award.

Increasingly, James’ attention has been focused on the border we share with the United States. In 2000, he published Stalking the Elephant: My Discovery of America, and three years later The Border: Canada, the U.S. and Dispatches from the 49th Parallel. In this year of War of 1812 anniversary celebrations, he turns his critical eye to two of the key combatants in Tecumseh and Brock, once again examining the interplay of politics and power.

As well as being a bestselling author, historian, political scientist, and scholar, James Laxer is a Professor of Political Science at York University in Toronto. 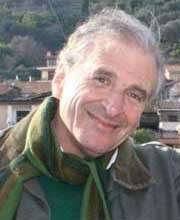 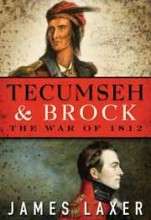