There’s a rumour that James Raffan was born in a canoe. Truth be told, James was reborn in a canoe, in the sense that the light of his lamp was lit by self-propelled motion to discover and comprehend the length and breadth of Canada and beyond.

James is a prolific writer, speaker, and geographer who is currently the executive director of the Canadian Canoe Museum in Peterborough, Ontario. He is the author of numerous books including the bestselling Emperor of the North, the history of Sir George Simpson and the Hudson’s Bay Company, and Deep Waters, a story about courage, character, and the Lake Temiskaming canoeing tragedy.

Quill & Quire suggests, “Raffan, convincingly argues that through a combination of cult-like zeal, authoritarian rule, and little or no safety training, the leaders of St. John’s School of Ontario put their student charges in harm’s way.”

His new book, Circling the Midnight Sun, chronicles James’ three-year circumnavigation of the Arctic Circle, as he attempts to put a human face on climate change.

James writes for print, radio, and television, including Canadian Geographic, National Geographic, Explore, The Globe and Mail, as well as for CBC Radio and The Discovery Channel.

An award-winning teacher, he is a fellow international of the Explorers Club, past chair of the Arctic Institute of North America and a fellow and past governor of the Royal Canadian Geographical Society, for which he was awarded the Queen’s Golden Jubilee Medal, the Camsell Medal, and the Queen’s Diamond Jubilee Medal.

Listen to James Raffan on The Next Chapter with Shelagh Rogers: www.cbc.ca/radio/thenextchapter/james-raffan-mystery-book-panel-1.2879734 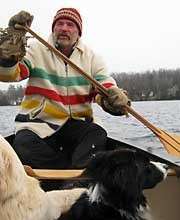 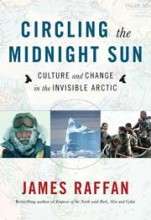