For years, Canadians have been enjoying Jamie Kennedy’s inspired cuisine in his many restaurants and catering businesses. Now, with the release of his new book, they have the chance to enjoy his delicious ideas in the privacy of their own kitchens.

For decades, Jamie has been at the forefront of Canada’s farm-to-table, slow food, and local food movements. From his early days at Three Small Rooms in Toronto, to his triumph at the glittering Scaramouche in the 80s, and later, in his own restaurants, including the Palmerston, the ROM, and Gilead, among others, Jamie’s cooking has certainly evolved, but his commitment to locally produced regional cuisine has never wavered.

JK: The Jamie Kennedy Cookbook is a celebration of Canadian cooking, but also a story of Jamie’s own challenges and successes both in and out of his restaurants. Chock-full of delicious ideas, it’s equally a testimony to his decades-long commitment to a tough and sometimes fickle business.

The recipient of the Governor General’s Award in Celebration of the Nation’s Table and the Order of Canada, Jamie lives in Toronto, where he caters to many private functions and donates his time and efforts to charities such as Empty Bowls and Feast of Fields. 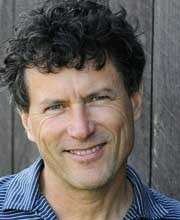 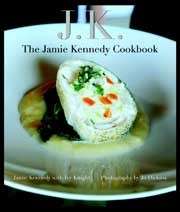