For more than 30 years, Jamie Swift has been a thorn in the side of disinterested governments and profit-driven corporations. In his professional and private life, this Kingston author, journalist, lecturer, and radio producer has endeavoured to give voice to the voiceless.

In Persistent Poverty: Voices from the Margins, he decries Ontario’s treatment of the province’s dispossessed. In Hydro: The Decline and Fall of Ontario’s Electric Empire, his target is government mismanagement of a crown corporation. In Civil Society in Question, he takes aim at governments inclined to favour the marketplace over compassionate governance. In Cut and Run, he describes the assault on Canada’s forests by industry.

Now he is tackling the military establishment with Warrior Nation: Rebranding Canada in an Age of Anxiety. Co-authored with Queen’s University history professor, Ian McKay, this may well be Jamie’s most provocative work. The book chronicles Canada’s transformation from peacekeeper to militarized nation. A.B. McKillop, former chair of the history department at Carleton University, calls it “an important work of engaged and impassioned history…Warrior Nation is intended to stir controversy, and it will.”

The author of a dozen books, Jamie has also been widely published in diverse newspapers and magazines and he has been a long-time contributor to CBC Radio’s Ideas program. He was one of the founders of Between the Lines, a Canadian publisher of books that promote equitable social change. Since 2006, he has been a lecturer in the Queen’s University School of Business, offering critical perspectives on the world of commerce. Since 2005, he has worked as a social justice advocate for the Sisters of Providence of St. Vincent de Paul.

All his life, he has been a tireless activist, volunteering with Horizons of Friendship, the John Howard Society, the Kingston Community Roundtable on Poverty
Reduction, and Friends of the Kingston Frontenac Public Library. For the past seventeen years, Jamie has gathered with others for a silent vigil for social justice in front of City Hall in Kingston, Ontario. This initiative was begun by the Sisters of Province, a local group of Catholic nuns, who were concerned with cuts to government help for the poor. 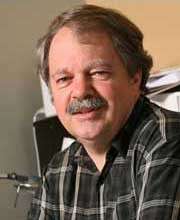 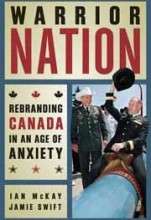