Jan Walter has spent her life around books: selling, editing, publishing, promoting. She began as a bookseller at Mel Hurtig’s store in Edmonton, eventually running her own store – Fifth Business Books.

She has worked as an editor and in executive positions with several Canadian publishing companies, including Macmillan and McClelland & Stewart. In 1988, with Gary Ross and John Macfarlane, she started Macfarlane, Walter & Ross, which became Canada’s premier publisher of quality non-fiction, publishing titles including Boom, Bust & Echo by David Foot, The Danger Tree by David Macfarlane, On the Take by Stevie Cameron, and The Convict Lover by Merilyn Simonds. MW&R enjoyed a string of national bestsellers and award winners.

A strong supporter of professional development in the publishing industry, Jan has been involved in publishing education at institutions across Canada, teaching at Simon Fraser and Ryerson Universities. She received a City of Toronto Arts Award for her contributions to publishing and writing.

Jan moved to Kingston in 2004. A few years later, teaming with Merilyn Simonds, she took the plunge to professionalize Kingston WritersFest into the festival it is today. For the first four years she was Programming Coordinator and is now Chair of the Board. 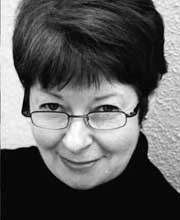