“Books, poetry, and plays were essential to any happiness I experienced as a child,” internationally acclaimed author Jane Urquhart says. “The people I met in books were at least as real to me—in some cases more so—as those in my daily life.”

The people in her own books are equally real to her readers today. Both critically admired and deeply loved, her novels, stories, essays, articles, and biographies are widely praised for their skillful evocation of historical settings and characters, their emotional sensitivity, and their lyrical prose.

Jane’s début novel, The Whirlpool, gained her international recognition when she became the first Canadian to win France’s prestigious Le prix du meilleur livre étranger. Subsequent novels met even greater success. Away won the Trillium Award and was a national bestseller, while The Underpainter won the Governor General’s Literary Award.

The Night Stages, Jane’s latest book, is her richest and most rewarding to date. Elegiac and emotionally resonant, it returns to a recurring theme in her work—visual art and artists. At the same time, it explores the meaning of separation, the sorrows of fractured families, and the profound effect of home in a world where a way of life is changing.

“Jane Urquhart charts the restless weather of the human heart in the same observant, inventive way the ancient Greeks mapped the constellations,” says the Washington Post.

An officer of the Order of Canada, Jane lives in Northumberland County and spends significant time in Ireland. 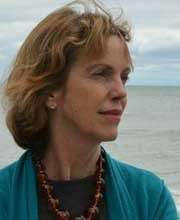 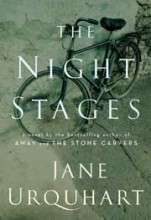