Jane Urquhart has loved Anne of Green Gables since she was a young girl. She brings to her new biography of L.M. Montgomery (Extraordinary Canadians series) a deep understanding of the connection between landscape and memory, especially in the lives of women.

Jane is one of Canada’s most highly acclaimed writers. Her third novel, Away, was nominated for the IMPAC Dublin Literary Award, the world’s largest literary prize for a single work of fiction, and it remained on the Globe and Mail’s national bestseller list for 132 weeks, longer than any other Canadian book. She has won the Governor General’s Award (The Underpainter) and the Trillium Award (Away). The Stone Carvers was shortlisted for the Scotiabank Giller Prize and the Governor General’s Award and was longlisted for the Man Booker Prize. Jane has been honoured with the Marian Engel Award for an outstanding body of work written by a Canadian woman, and she was the first Canadian to win France’s prestigious Prix du Meilleur livre étranger (Best Foreign Book) for The Whirlpool. She has been named to France’s Ordre des arts et des lettres, as well as being made an Officer of the Order of Canada.  She is also the author of three books of poetry and a collection of short fiction.

Jane has recently moved to her family home in Colborne, Ontario, with her husband, artist Tony Urquhart. 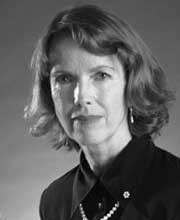