Born in the mining town of Little Longlac, Ontario, in the northern northern part of the province, as she likes to say, Jane Urquhart depended on books for her impressions of the world beyond, and early on developed a special relationship to the landscapes that nurtured her imagination. Her fiction often looks back on Europe from a Canadian perspective, masterfully weaving centuries and stories together in what Alice Munro has called “the most compelling depiction of the sense of place in human lives.”

She is best known for her six internationally acclaimed novels, including The Whirlpool, which was the first–ever Canadian winner of the French Prix du Meilleur Livre Étranger; the Governor General’s Award–winning The Underpainter; and Away, which won the Trillium Award, was a finalist for the prestigious IMPAC Dublin Literary Award, and remained on the Globe and Mail bestseller list for one hundred and thirty–two weeks—longer than any other Canadian book.

Jane’s latest novel, Sanctuary Line, once again incorporates elements from the nineteenth–century past in Ireland and Ontario into a gradually unfolding contemporary story in which ancestral lighthouse keepers, seasonal Mexican workers, love, death, and the migratory patterns of the Monarch butterfly all play a part.

The Stone Carvers, arguably Jane’s most loved novel, follows a Canadian family: Joseph, the immigrant wood carver who makes a home in the small 19th century Canadian town of Shoneval, and our stone carvers – his grandchildren Klara and Tilman – who have a hand in the carving of the Vimy Memorial.

In recognition of her outstanding body of prose, Jane received the Marion Engel Award in 1994. She is also a Chevalier in France’s Ordre des Arts et des Lettres, and an Officer of the Order of Canada. She lives in Northumberland County. 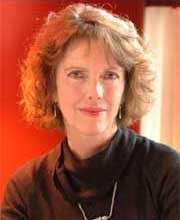 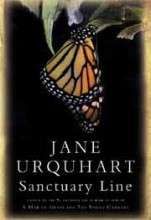