Jane Yealland, with her friend and collaborator Ann-Maureen Owens, is the co-author of several popular children’s information books, including Forts of Canada, The Kids Book of Canadian Exploration, and the recently reissued Our Flag: The Story of Canada’s Maple Leaf.

The two authors met when they both had young children, eight in total, and spent many hours taking them to historical sites around Kingston. These explorations led to writing books about some of the fascinating stories from Canada’s past.

Researching the story of Canada’s flag offered a rare and exciting opportunity to learn directly from people who had been part of Canada’s flag committee and to see and touch submissions from around the country.

“Holding and reading the often long, detailed typed or handwritten letters that accompanied the submissions really gave a sense of how passionate people were about a new flag,” Jane says.

That real-life, tactile sensitivity permeates all her books with Ann-Maureen, and makes them appealing to kids as well as librarians. “Tell your teacher about it,” says a young Amazon reviewer of the Kids Book of Canadian Exploration. That’s high praise, indeed, coming from a sixth grader.

Along with her work as a research associate at Queen’s University in the Centre for Studies in Primary Care, Jane writes for a local magazine and is currently working on the story of her great-uncle who flew alongside Billy Bishop in World War I.

She lives in Kingston, Ontario, with her golden retriever, Dory, and calico cat, Biddie. 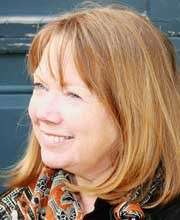 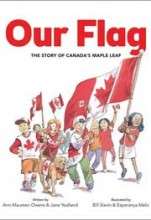