“I don’t know anyone in this country who is doing this kind of work, writing this very quietly explosive surrealism.” – Stuart Ross

Jason Heroux is Kingston’s third Poet Laureate, a position he uses to “explore new ways of introducing poetry to the hearts and minds of the community,” celebrating the long history and promising future of Kingston’s literary arts scene.

He has written four books of poetry, including Natural Capital, which was shortlisted for the RELIT Poetry award, and Hard Work Cheering Up Sad Machines. His poetry has appeared in numerous anthologies, including Breathing Fire 2: Canada’s New Poets, and three editions of Best Canadian Poetry in English. He has also appeared in magazines and journals in Canada, the U.S, Belgium, France and Italy. His novels include Good Evening, Central Laundromat which was shortlisted for the RELIT Novel award, We Wish You a Happy Killday, and Amusement Park of Constant Sorrow.” In their review, The Varsity likened the novel to Kafka’s The Metamorphoses, calling it “a puzzle perfectly jigsawed together to capture both the mundane nature and the complexities of everyday life.”

Originally from Montreal, Jason moved to Kingston in the 1990s to attend Queen’s University and has lived here since.

Appearing in: 24. Identity Through Poetry 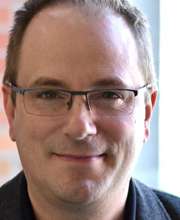