“Most of all, people influence my work,” says poet and novelist Jeanette Lynes. “Human beings and the strange things we do, and the difficult lives we live—I will never stop being fascinated with the miracle that human beings are.”

Jeanette’s writing reflects a passion for pop culture, and is characterized by nimble imagination and quirky humour. “Her language is rich and precise, and she’s adept at the art of storytelling,” wrote the Globe and Mail in 2009 of her most recent poetry book, The New Blue Distance. Jeanette is author of five poetry collections, which include It’s Hard Being Queen: The Dusty Springfield Poems and The Aging Cheerleaders’ Alphabet.

Her debut novel, 2009’s The Factory Voice, is “an entertaining and engaging story,” wrote Quill & Quire, in which she “brings the wartime experiences of the airplane factory women to vivid life.” The book was long–listed for the Scotiabank Giller Prize and a ReLit Award, was a Globe and Mail Top 100 Book for 2009, and was podcast by CBC Radio’s Between the Covers.

Jeanette grew up on a farm in southern Ontario. She lived for many years in Nova Scotia; she now divides her time between Kingston and Saskatoon, where she is Coordinator of the new MFA in Writing at the University of Saskatchewan. Currently, she’s at work on a sixth collection of poems and a second novel. 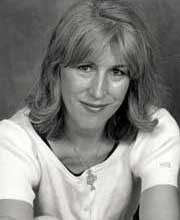 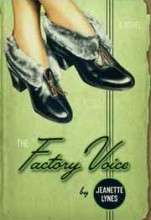