In 2005, Jeannette Walls, an American journalist, exposed her childhood in her memoir, The Glass Castle. Eight years later, the book has sold 4.5 million copies and been translated into 31 languages.

“At one point, describing her early literary tastes, Walls mentions that ‘my favorite books all involved people dealing with hardships,’” writes Francine Prose in the New York Times. “And she has succeeded in doing what most writers set out to do – to write the kind of book they themselves most want to read.”

Jeannette certainly had hardships to deal with. Her father, Rex, was a quicksilver alcoholic and her mother, Rose Mary, an avant-garde painter. From living in cars to sharing a single bed with her three siblings, Jeannette experienced what could best be called unconventional parenting.

She was born in Phoenix, Arizona and grew up in Welch, West Virginia. When she was 17 years old, she moved to New York. “I got mugged numerous times and it just didn’t particularly bother me, I got beat up wherever I lived,” she said in the Vancouver Sun. Even so she managed to escape her beginnings, which is one of the themes she explores The Glass Castle, along with independence and self-discovery.

Labeled as the “hard worker” in her family, Jeannette has invested more than 20 years in journalism, often writing columns for magazines. She received the Christopher Award, the American Library Association’s Alex Award, and the Books for Better Living Award.

Jeannette’s second book, Half Broke Horses: A True Life Novel, was published in 2009 and is based on the life of her maternal grandmother. In 2013, she is releasing her first work of fiction, The Silver Star.

Jeannette currently lives in Virginia on a 205-acre farm with writer and husband, John Taylor. The Glass Castle is the chosen book for the 2013 Queen’s Reads, a joint initiative between Queen’s University and Kingston WritersFest that helps first-year students connect through compelling stories. 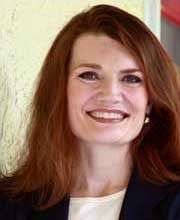 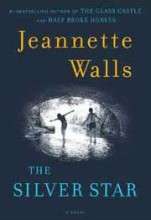