Jennifer Cowan’s first novel, earthgirl, is a smart, funny and timely book about the greening of Sabine, a typical urban teenager who becomes an environmental activist after an idling minivan driver tosses McDonald’s leftovers out the window, leaving Sabine covered in plum sauce. Already receiving rave reviews in Canada and the US, this is no ordinary teen novel. In her blog, Sabine allows readers to tune into her moods, the music she’s listening to and the hottest eco URLs on the net — and they do, sometimes with caustic and hilarious results.

Jennifer is a writer and story editor whose TV credits include the new animated comedy Producing Parker (starring Kim Cattrall), Edgemont (Gemini Award nominee) and Traders. She is the producer and director of the award-winning documentary, Douglas Coupland Close Personal Friend, and has produced arts, pop culture and entertainment magazine programs and documentaries for the CBC, TVOntario and CityTV.

Jen lives and works in Toronto, where she often rides her bike downtown. 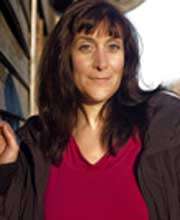 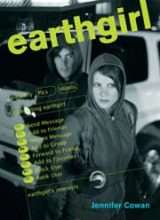