Jennifer Walton is co-artistic director and founding member of Hamilton-based Women’s Work Playwright Collective and a current member of the Theatre Aquarius Playwright unit. Jennifer’s short plays have been featured in festivals across North America. She is a teaching artist who spent many years as co-director of The Creative Theatre Company, an acting school for young people. As a director, her latest credits include The Tragedy of Othella Moore – Best of Hamilton Fringe – 2016, and The Soldier’s Tale for Amphion Ensemble. As an actor, she most recently appeared in Your Own Sonsfor Same Boat Theatre and the film Things I Do for Moneydirected by Warren Sonoda.

Her latest play, Gunplay (After the Gun Goes Off) was the first-prize winner of the biennial Herman Voaden National Playwriting Competition. It will be making its international debut in a staged reading as part of Kingston WritersFest, in partnership with the Dan School of Drama and Music. When Darryl and his friend Niko get caught using a pellet gun in the alley beside an elementary school, it triggers a full active shooter response. Darryl and his mother Miranda feel the full force of justice, political, and education systems as well as the court of public opinion until Stevens, the police officer who was first on scene at the school and already suffering from PTSD, takes justice into his own hands.

Appearing in: 00. Gunplay (After the Gun Goes Off) 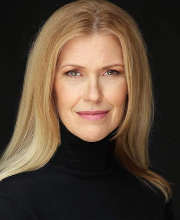