“My writing contains a great deal of emotional truth,” says Jessamine Chan, “though I’m much more interested in making things up, and getting to emotional insight that way, than sticking with what happened in real life.”

Jessamine Chan’s short stories have appeared in Tin House and Epoch. A former reviews editor at Publishers Weekly, she holds an MFA from Columbia University’s School of the Arts and a BA from Brown University. Her work has received support from the Elizabeth George Foundation, the Bread Loaf Writers’ Conference, the Wurlitzer Foundation, the Jentel Foundation, the Kimmel Harding Nelson Center, the Anderson Center, the Virginia Center for the Creative Arts, and the Ragdale Foundation.

In her explosive debut novel, The School for Good Mothers, a single lapse in judgment lands a young mother in a government reform program with the custody of her child hanging in the balance. It is a searing page-turner that uses dark wit to explore the pains and joys of the deep ties that bind us.

According to Chan, the book started unintentionally in early 2014 when she was trying out new short story ideas. “I definitely didn’t sit down that day thinking ‘and now I’m going to start a novel.'” The book has become an instant New York Times Bestseller.

Jessamine lives in Philadelphia with her husband and daughter.

Appearing in: 20: In a Perfect World: Good Moms and Bad Days 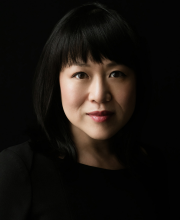