“If I can just make it to the next minute…then I might have a chance to live.” – Jesse Thistle, From the Ashes.

Jesse Thistle is Métis-Cree, from Prince Albert, Saskatchewan. He is a multi-award winning assistant professor in Métis Studies at York University in Toronto, where he researches the historic and intergenerational trauma of the Métis people, working closely with contemporary Métis communities in the Batoche area of Saskatchewan and the Temiskaming of Northern Ontario.

Once a high-school dropout and addict, Jesse brings his lived experience to his research on Canadian social injustice.

“The way that Canadians understood homelessness by the Canadian definition was about not having a house to live,” he says. “I realize that it was more about a dispossession from something called ‘all my relations’ which is an Indigenous worldview where everything is interrelated, interconnected.”

In his debut memoir, From the Ashes, Jesse chronicles his life on the streets and his journey to overcome trauma and addiction with honesty, incisive insight, and eloquence. Author Ian Mosby calls Jesse’s debut “an unflinching, heartrending, and beautifully written story of survival against seemingly impossible odds. But it’s also a book that should make you furious.”

He lives in Toronto. 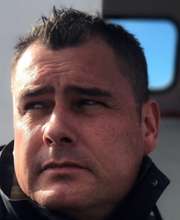