Wherever she goes, Jill Battson brings her electrifying excitement about language. Recently named the Poet Laureate of Cobourg, she hopes to promote the community’s participation in culture. “Have you thought about writing a poem?” she asks. “Then write one.”

Jill lives the activism she promotes. Creator of the successful reading series, The Poets’ Refuge, Jill has also initiated, produced, and curated many poetry events including The Poetry Express—a BYOV at Toronto’s Fringe Festival; Liminal Sisters–a language poetry event; The Festival of the Spoken Word–a five day spoken word festival; Fightin’ Words–poets in a boxing ring; The Poetburo Slams; and the acclaimed Word Up–a series of interstitial poetry spots airing on
MuchMusic and Bravo! which spawned a CD with Virgin Records and an anthology with Key Porter.

Jill is widely published in literary journals and anthologies in North America and the UK. Her first book, Hard Candy, released in 1997, was nominated for the Gerald Lampert Award. She has also written several plays, including her one–woman show, How I learned to live with obsession, which was staged in New Mexico and at Toronto’s Fringe Festival.

Most recently, she wrote the libretto for Dark Star Requiem, a dramatic oratorio on the twenty–five year history of HIV/AIDS. Commissioned by Luminato, co–produced with Tapestry New Opera Works, and featuring four outstanding soloists together with two of Canada’s most lauded ensembles, the Elmer Iseler Singers and the Gryphon Trio, this inspiring fusion of word and music illuminates the darkness of its subject with the redemptive power of hope. Dark Star Requiem is also the title of Jill’s third collection of poems.

Born and raised in southern England, Jill has since lived in the United States, where she worked as a film and television producer, as well as in Canada—for a time, just outside Kingston, where she initiated and ran the popular Red Schoolhouse Performance Poetry Festival. At Kingston Writersfest, Jill will read from her own work and she will also host an exhilarating evening of spoken word poetry, Vox Performa. 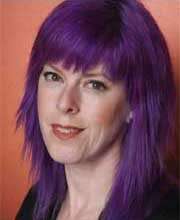 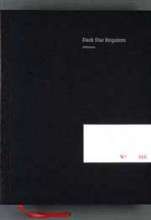