Joan Thomas released her witty and elegant debut, Reading by Lightning, to a chorus of praise. “Most first-time novelists strain for the gold ring,” Kingston’s Maureen Garvie wrote in Quill and Quire. “Joan Thomas grabs it effortlessly in this wonderful book.”

Reading by Lightning went on to win the Commonwealth Prize for Best First Book (Canada and the Caribbean) and the Amazon.ca First Novel Award.

Joan’s stunning follow–up, Curiosity: A Love Story, is based on the lives of two real people: Mary Anning, daughter of a cabinet–maker, who in 1811, at the age of twelve, discovered the first intact Ichthyosaurus skeleton on the shores of Lyme Regis; and Henry de la Beche, son of a slave-owner and budding geologist.

As Joan imagines it, a shared passion for “undergroundology” brings Mary and Henry together, but their love is doomed by the restrictive conventions of the time. “At its heart, Curiosity is the story of a woman determined to stake her claim in a world where men are determined to marginalize her. Thomas has written a timeless story, and an unforgettable one,” says Debby Waldman in the Edmonton Journal. And The Walrus calls Curiosity a “beautiful, erudite, and deeply pleasurable work.”

Joan grew up on the Canadian prairies. She has taught high school and worked as a freelance writer, reviewer, and editor, and as Writing and Publishing consultant for the Manitoba Arts Council. She has been writing fiction since about 2000.

She and her husband live in Winnipeg, on the banks of the Red River. 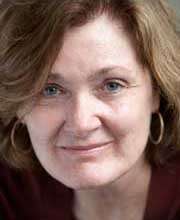 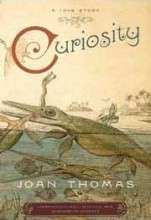