John Stackhouse is a Canadian, National Magazine Award-winning journalist, and the author of three previous bestselling books: Out of Poverty: And Into Something More Comfortable, Timbit Nation: A Hitchhiker’s View of Canada, and Mass Disruption: Thirty Years on the Front Lines of a Media Revolution.

Before his appointment in 2015 as Senior Vice President in RBC’s Office of the CEO as an advisor on economic, technological and social change, John had a career at The Globe and Mail as a foreign correspondent based in Asia, after which he worked as foreign editor, business editor, and eventually became the paper’s editor-in-chief. He was also editor of Report on Business. A graduate of Queen’s University’s business school, he is now a senior fellow of both the C.D. Howe Institute and the University of Toronto’s Munk School of Global Affairs and Public Policy.

A leading thinker on Canada’s place in the world, John details the influence of Canada’s diaspora in his latest book, Planet Canada: How Our Expats Are Shaping the Future.

Appearing in: 3. Our Canadian Values: Can They Heal the World? 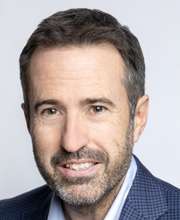