Former Parliamentary Poet Laureate John Steffler is “Canada’s most sensuously passionate writer,” says Don McKay. “The acuity of his perception, and the size of his heart, make his poems an essential part of our literature.”

Born in Ontario, and resident of Newfoundland for more than thirty years, John sees landscape as a “living entity…a kind of primitive deity with which we have a complex, deep relationship.” In all his books, he has explored that relationship and, in the words of the nomination brief for his laureateship, his ongoing “consideration of the philosophical problems of memory, history and identity speaks directly to key preoccupations in Canadian culture today.”

John’s books of poetry include the groundbreaking The Grey Islands, That Night We Were Ravenous, which won the Atlantic Poetry Prize, and Helix: New and Selected Poems, which won the Newfoundland and Labrador Poetry Prize. He has also written a children’s book, Flights of Magic, and his first novel, The Afterlife of George Cartwright, was shortlisted for a Governor General’s Award and won Smithbooks/Books in Canada First Novel Award and the Thomas Raddall Atlantic Fiction Award.

The poems in Lookout, John’s new collection, are a kind of goodbye to Newfoundland and its people, enlivened by the same muscular acts of attention that characterize his earlier books. George Murray, writing in the Globe and Mail, calls Lookout “the real deal.” In Lookout, adds the Toronto Star, “John Steffler’s ‘fishing’ yields an impressive catch.”

Watch a video of John reading from Lookout » 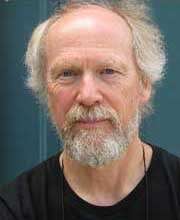 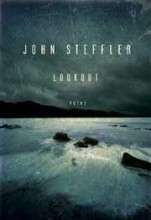