What intrigues John Vaillant, author of The Golden Spruce and The Tiger, is the collision between human ambition and the natural world.

In The Golden Spruce: A True Story of Myth, Madness, and Greed, Vaillant tells the dramatic story of a disgruntled logger’s destruction of a legendary tree in the Queen Charlotte Islands. That book won the 2005 Governor General’s Award and the Writers’ Trust Award for nonfiction.

Not long after, John came upon British filmmaker Sasha Snow’s brilliant and multiple award-winning Conflict Tiger. It hit him “like a bolt between the eyes.” A conversation with Snow convinced him that there was more to be said about the illegal traffic of endangered species in Russia. Once again, he was caught in the crosshairs of the human, the natural, and the mythological.

“That’s where reality is,” he says. “It’s a combination of…the spiritual, the natural, the industrial, the social, the economic.” Part travelogue, part natural history, and part gripping adventure story, The Tiger: A True Story of Vengeance and Survival describes what happens when a Siberian tiger apparently carries out a vendetta against a man who has wounded him. “Suspenseful

and majestically narrated…a mighty elegy that leads readers into the lair of the tiger and into the heart of the Kremlin,” proclaimed Publishers Weekly, in a starred review. “A savage banquet…riveting,” writes Annie Proulx in The Guardian.

The Tiger was a CBC Canada Reads nominee for 2012 and the winner of the 2011 B.C. National Book Award for Non-Fiction. Like the magnificent animal at its centre, this is a book that “moves with subtlety and grace, commands a vast terrain – and has the power to shake the observer’s soul.” (The Independent, UK)

Born in Cambridge, Massachusetts, John has written for many magazines, including The New Yorker, The Atlantic, Outside, and National Geographic. When he is not travelling for his research, he lives with his family in Vancouver. 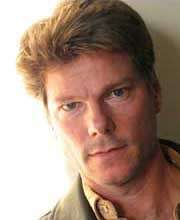 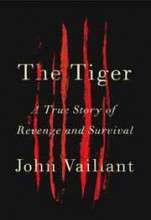