The Independent (UK) called Jonny’s Three Letter Plague “a compelling account…jaw–dropping and unforgettable,” while The Guardian wrote that he “unpicks a tightly knotted mess of history, identity and social status, worries at questions of manhood, modernisation, friendship, and race and lays bare the anxiety common to so many of us: what will the neighbours say?” As a whole, Jonny’s work is characterized by his ability to tell stories that reveal the intricacies of social realities without resorting to easy answers or masking unpleasant truths.

Jonny was born and bred in South Africa and educated at Wits University in Johannesburg, and at Oxford University, where he was a Rhodes Scholar. He has worked as a journalist on a national daily magazine, written scripts for television drama, and has been a consultant to the South African government on criminal justice policy.

His newest book, Little Liberia, traces the conflict within the Liberian community in New York back to its roots in Africa. What emerges is a story of a horrific and heart–wrenching civil war, of a deeply troubled relationship between America and West Africa, of personal ambition wrestling with moral responsibility, of memory wrestling with forgetfulness and of the quest to be human in a world losing its humanity. 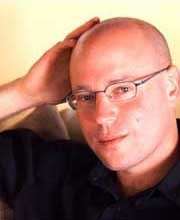 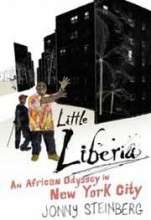