Joseph Boyden’s novel, Through Black Spruce, is the winner of last year’s $50,000 Scotiabank Giller Prize, one of the country’s most prestigious (and richest) literary awards. Called “gripping, wrenching, eye-opening and stirring” by the Globe and Mail, Through Black Spruce is the story of a Cree bush pilot and his self-reliant niece who is searching for her sister. It’s a novel about murder, ancient feuds, family bonds and secrets that takes us from the dangerous bush country of northern Ontario to the drug-fueled Manhattan club scene.

Through Black Spruce follows the huge success of Three Day Road, which is published in ten languages and is the winner of the Rogers Writers’ Trust Fiction Prize and the McNally Robinson Aboriginal Book of the Year Award, as well as being a finalist for the Governor General’s Award.

Recently named Author of the Year by the Canadian Booksellers Association, Joseph is a writer of Irish, Scottish and Métis descent, the third of eleven children born into a strict Irish Catholic family. He grew up steeped in war stories (his father was the most highly decorated medical officer in the British Empire during the Second World War) and Ojibwe myths (his uncle Erl lived a traditional native lifestyle near Algonquin Park). He divides his time between northern Ontario and Louisiana, where he and his wife, Amanda Boyden, are writers-in-residence at the University of New Orleans. 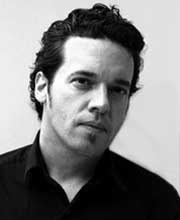