When asked about the lack of understanding about being a non-binary individual, Luna Ferguson says, “we aren’t just a spectacle, a passing fad or a new thing. We’ve been here forever, and we have important stories to tell.”

Luna has found many ways to tell their story as a filmmaker, writer, and advocate. Their writing has been featured in publications like the Guardian, NBC News, Teen Vogue, HuffPost, OUT Magazine, and the Toronto Star. Luna’s films have screened internationally and include the award-winning Whispers of Life, Limina, and Henry’s Heart. Their advocacy on behalf of non-binary trans people has contributed to government reform in Canada. In 2018, Luna made history by becoming the first person in Ontario to receive a non-binary ‘X’ birth certificate after resolving a human rights challenge with the province.

Luna’s memoir Me, Myself, They: Life Beyond the Binary chronicles the evolution of their identity, including traumatizing experiences with gender conversion therapy, bullying, depression, sexual and physical assault. But Luna’s story is above all about survival, empathy, and self-acceptance. The book calls for recognition, understanding, and respect for all trans, non-binary, and gender non-conforming people.

Luna lives in Vancouver with their partner Florian.

Appearing in: 8. Finding Freedom: Beyond the Binary 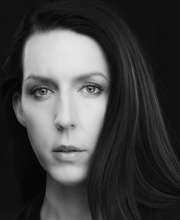