In one of the most controversial memoirs of the season, Drunk Mom, Jowita Bydlowska documents her relapse into alcoholism following the birth of her son. The writing in Drunk Mom is raw and brutally honest in its detailing of binge drinking, self-deception, and the anxieties of alcoholism and motherhood. Katrina Onstad calls Drunk Mom “fearless and troubling, and so

very humane. Bydlowska’s book explodes the cutesy momoir genre. You’ll read it in one sitting.” And Quill and Quire hails the debut “momoir” as “a work of striking literary flair.”

Even so, the backlash against Jowita and Drunk Mom has been fierce. A Globe and Mail interview accused her of being an “exhibitionist,” of blaming the birth of her son for her alcoholism as a marketing ploy, and of sharing both too much and not enough about her relationship with her husband, author Russell Smith.

Jowita chooses to let the book speak for itself and for a brief, dark period in her life.

Born in Warsaw, Poland, Jowita Bydlowska moved to Woodstock, Ontario, as a teenager. She now writes for an assortment of magazines, newspapers, and online publications, including Salon and The Huffington Post. A self-proclaimed weird-picture-taker, she enjoys swimming in public pools and writing for her popular parenting bloc, “They Don’t Tell you.” She lives in Toronto with her son and his father. 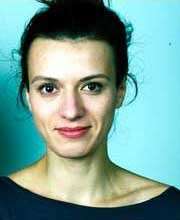 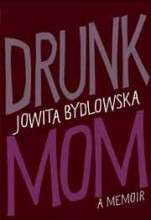