Joy Fielding’s Shadow Creek, a heart-stopping tale of a camping trip in the Adirondacks gone horribly wrong, is her 24th novel. Writing has always come easily to her. She sent her first story to a magazine – and got her first rejection letter – when she was eight; at twelve, she wrote a TV script about a twelve-year-old who murders her parents. “The thought of it caused my parents many a sleepless night,” she says.

Graduating in 1966 from the University of Toronto with a degree in English, Joy explored a career in acting – she starred in a student production, Winter Kept Us Warm, and an episode of Gunsmoke – but eventually writing won out. Her fourth novel, Kiss Mommy Goodbye, published in 1980, about a woman whose two children are kidnapped by her ex-husband, is still number 11 on the all-time Canadian bestseller list: “One man who’d read it,” Joy says, “and who had recently kidnapped his children away from his ex-wife, wrote to say that he’d felt so bad after reading my book that he returned the children to their mother!”

Shadow Creek is also about a divorced woman and her daughter who goes missing, this time from a camping trip in a part of the Adirondack woods in which an elderly couple has been found murdered. Kirkus Review calls it “a sassy, scary read,” but assures us that “for those who don’t relish extensive carnage, Fielding includes just enough humour and social satire to leaven the proceedings, while never leaving us in doubt that justice will ultimately be meted out.”

Joy still spends most of the year in Toronto, but also owns a house in Palm Beach, Florida, and has lived for a time in Los Angeles. “I think I have a fairly American sensibility,” she says, “although this is very much tempered by my Canadian upbringing.” 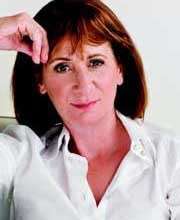 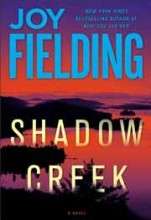