Joyce Carol Oates is one of the most prolific and successful authors in the world. Yet, “I’m drawn to failure,” she says. “I feel that I’m contending with it constantly in my own life.”

This paradox provides a clue to her fiction’s extraordinary range and power. Sharp social observation, kinetic rhythms, and a distinctive use of voice combine in her vivid and compassionate portraits of women, the working class, and others who struggle for success against difficult odds.

Born in Lockport, New York, Joyce grew up on the family farm in an area that had been hard–hit by the Depression. She began writing as a child, on a typewriter she received as a gift from her grandmother, and at nineteen, she won a college short story contest sponsored by Mademoiselle magazine.

Since then, she’s written an astonishing fifty–six novels—including them, Blonde, and The Falls—along with over 30 collections of short stories, eight volumes of poetry, plays, innumerable essays and book reviews, as well as longer nonfiction works on literary subjects ranging from the poetry of Emily Dickinson and the fiction of Dostoyevsky and James Joyce, to studies of the gothic and horror genres, and on such non–literary subjects as the painter George Bellows and the boxer Mike Tyson.

Among her many awards, in 1996 she received the PEN/Malamud Award for “a lifetime of literary achievement.”

Between 1968 and 1978, Joyce lived in Windsor, Ontario, where she taught full–time at the University of Windsor and published new books at the rate of two or three per year–all while managing a small press and editing a literary magazine, The Ontario Review.

Today, she lives and writes in Princeton, New Jersey, where she is Distinguished Professor
of Humanities at Princeton University. 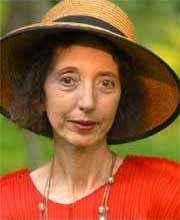 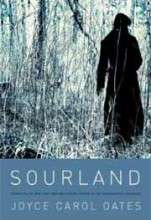