In her ‘warm-up career’ as a lawyer, Judith McCormack acquired several law degrees, and was a recipient of the Law Society Medal and The Guthrie Award for access to justice. The transition to author was for her, natural – she describes law as a branch of fiction and her first introduction to story-telling. She learned the art well – her work has been shortlisted for the Writers’ Trust Fiction Prize, the Commonwealth Writers’ Fiction Prize, the Journey Prize and the Amazon First Novel Award, and her stories have appeared in the Harvard Review, Descant, and The Fiddlehead, among others.

Her latest novel, The Singing Forest, opens in a quiet forest in Belarus, where two boys make a gruesome find: the mass grave where Stalin’s police buried 30,000 murder victims in the 1930s. The novel follows the young Canadian lawyer tasked with an impossible case: the trial of an elderly a former member of Stalin’s forces, who fled his crimes for a new identity in Canada. Her pretrial research unwittingly unearths clues to her own mother’s death, her father’s absence, and the shadows of her Jewish heritage. Author Caroline Adderson calls The Singing Forest a “hypnotically layered novel… balancing terror with beauty… Deeply intelligent and deeply moral, The Singing Forest shows that, like glass, truth is amorphous.”

Judith is Jewish through her mother, and her maternal grandparents came from Belarus and Lithuania, with her father contributing his Scots-Irish heritage. She lives in Toronto with her wise and funny partner Peter Dorfman.

Appearing In: 10. The Voices of Ghosts 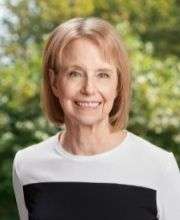