Judith Thompson is one of Canada’s most beloved and honoured playwrights. Often called the playwright who captures the poetry of the inarticulate, Judith herself says her mandate is to give a voice to the voiceless.

Her first play, and arguably the most well-known work is The Crackwalker, set in Kingston’s gritty north end. Performed across the country for more than three decades, the play is described by the Vancouver Sun as “not theatre for the timid.”

The Crackwalker was followed by White Biting Dog, Lion in the Streets, and the inimitable Perfect Pie. She is the author of more than a dozen plays, two feature film scripts, and several radio plays. Judith has never shied away from disturbing and difficult topics – poverty, abuse, prostitution, addiction, crime, homelessness, torture, the war in Iraq, and the seedy under-belly of modern life. The Kingston Whig Standard quotes Judith on her penchant for finding tales about trouble, “For me the beauty lies in our stories.”

Judith grew up in an academic family. Her father was head of the psychology department at Queen’s University, Kingston, while her mother taught in the drama department. She holds a degree in drama from Queen’s and studied acting at the National Theatre School of Canada. After acting professionally for a year, she gave up performing to pursue a career in writing.

In 2005, Judith was made an Officer of the Order of Canada. Among many honours, she holds two Governor General’s Awards for drama and the Susan Smith Blackburn Award for a woman writing in English.

Judith lives in Toronto with her five children, two dogs, and two cats. She is also a professor of theatre at the University of Guelph. Her thirteenth play, Watching Glory Die, is set to premiere in 2012. 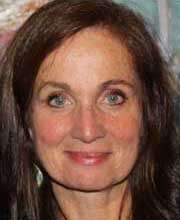