Judy’s first book, an exemplary collection of stories called China Dog, won national and international acclaim and was a Barnes and Noble Discover New Writers selection for 2002. Her haunting and suspenseful novel, Midnight at the Dragon Café—winner of a starred review from Kirkus and and ALA Notable Book for 2006—earned her comparisons to Alice Munro. In beautifully restrained prose, it tells the story of Su-Jen—daughter of a small town’s only Chinese family—whose life is changed forever over the course of a year when she learns the burden of family secrets.

In her latest release, The Year of Finding Memory, Judy once again explores the subject of family secrets, but this time, the family is her own. The Vancouver Sun describes The Year of Finding Memory as “an achingly beautiful book with one of the finest, most grabbing openings in recent memory,” while the Globe and Mail calls it “superb…one of those rare memoirs where the reader never wants the book to end.”

Judy came to Canada from China as a young child, and grew up in several small Ontario towns. She is a writer, storyteller and teacher, who taught elementary school in the city of Toronto for over twenty years. She has two adult daughters and two grandchildren, and lives with her husband on a farm outside of Toronto. 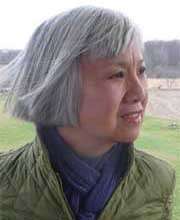 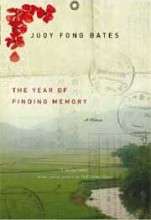