By the time she was eleven years old, Karen Connelly knew she was a writer. It didn’t take long for the world to find out. In 1991, when she was only twenty-two, Karen’s first book, The Small Words in My Body, won the Pat Lowther Award for the best collection of poetry by a Canadian woman. Two years later, she became the youngest-ever winner of the Governor General’s Award for a work of creative nonfiction called Touch The Dragon, A Thai Journal. Touch the Dragon went on to become a national and international bestseller, cementing Karen’s reputation as a writer whose passionate engagement with the world inspires brilliant work in multiple genres.

Karen’s first novel, The Lizard Cage, takes place in a Burmese prison during the late 1980s, when millions of people rose up to protest against the brutality of their military government. The New York Times Book Review compared The Lizard Cage to the works of Orwell, Solzhenitsyn, and Mandela, and the Globe and Mail hailed it as “one of the best modern Canadian novels.” In 2007, it won Britain’s Broadband Orange Prize for New Writers.

In her new book, the memoir, Burmese Lessons: A Love Story, Karen takes readers behind the scenes of The Lizard Cage, describing her love affair in the mid-90s with a charismatic Burmese dissident—and with the country itself. In beautiful, searching prose, she illuminates small moments, showing us why personal stories remain important even in the face of harsh oppression. “The politics is the road and the method,” she says. “But the personal is the only shelter.”

Born in Calgary, Karen went to Thailand in her teens as a Rotary exchange student, and since then has spent significant time not only there and in Burma, but also in Spain, France, and Greece, where she continues to keep a small house. Married, with a young child, she makes her home in Toronto. 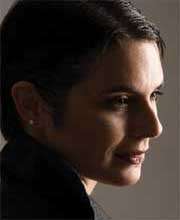 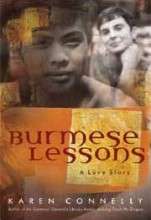