“If each of us is the protagonist of his or her own story, then surely we must all graciously acknowledge that the hero dies in the end. But not at thirty-seven. With two school-aged daughters.”

But that is the dilemma facing Sharon, the heroine of Kate Taylor’s new novel, Serial Monogamy. She seems to have it all – twin daughters, a husband and a career as a novelist. Until she is diagnosed with cancer. And until she learns that her husband Al is having an affair with one of his graduate students.

Relief comes in writing and Sharon throws herself into creating an engrossing serialized novel based on the story of the 19th-century actress Nelly Ternan, the young mistress of the aging Charles Dickens. As she writes, Sharon is forced to examine with new eyes the secrets and struggles at the heart of domestic life, all while trying to heal her own body. A deft mixture of literary and historical fiction that shifts between Sharon’s Toronto and Nelly’s Victorian England in interwoven chapters, Serial Monogamy looks at what really makes up the story of a relationship and a life.

Kate was born in France, the daughter of a Canadian diplomat, and raised in Ottawa. Her debut novel, Mme Proust and the Kosher Kitchen, won the Commonwealth Writers’ Prize for best first book (Canada/Caribbean region) and the Toronto Book Award. Her second novel, A Man in Uniform, was nominated for the Ontario Library Association’s Evergreen Award and won Kingston Reads: Battle of the Books in 2011. A three-time National Newspaper Award nominee, she was the 2009-2010 recipient of the Atkinson Fellowship in public policy journalism. A long-time fixture in the arts pages of the Globe and Mail, Kate currently serves as the paper’s lead film critic and writes a Saturday column on culture. She lives in Toronto. 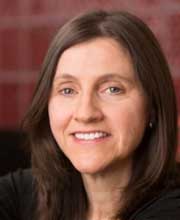