A globe–trotting ex–journalist who chased the ghost of Lady Franklin across Tasmania, survived a shipwreck off the coast of Dar es Salaam, and placed a commemorative plaque in the High Arctic, Ken McGoogan is best–known for his quartet of bestselling books about the Northwest Passage: Fatal Passage, Ancient Mariner, Lady Franklin’s Revenge, and Race to the Polar Sea. “Compulsively readable,’ said Quill and Quire of Fatal Passage. “A brilliant book,” said the Ottawa Citizen of Ancient Mariner.

Ken’s awards include the Pierre Berton Award for History, the Writers’ Trust of Canada Drainie–Taylor Biography Prize, the Canadian Authors’ Association History Award, the UBC Medal for Canadian Biography, and an American Christopher Award for a work of artistic excellence that “affirms the highest values of the human spirit.”

His latest book, How the Scots Invented Canada, is an exuberant celebration of our nation’s growth, filled with inspiring portraits of the resourceful and visionary leaders of our past. “Your name doesn’t have to begin with Mc or Mac to savour this book,” says The Globe and Mail. McGoogan “is rapidly becoming the rightful successor to populist historian Pierre Berton,” adds The Toronto Star.

Born in Montreal and raised in a French–speaking town, Ken is multi–ethnic and deeply rooted, his ancestors having arrived in Canada as early as 1619, and no later than 1823. He has visited every province and territory, and has lived in Quebec, Ontario, New Brunswick, Alberta, British Columbia, and the Yukon. He now makes his home in Toronto. 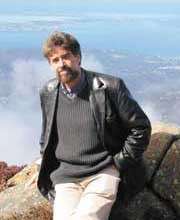 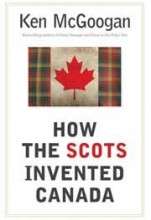