KENK: A Graphic Portrait is an exciting new hybrid that simultaneously takes the form of documentary film, journalistic profile and comic book. It tells the story of Igor Kenk, the man The New York Times has called “the world’s most prolific bicycle thief.”

In the summer of 2008, Kenk was arrested and nearly 3,000 bicycles were seized in one of the biggest news stories of the year. Built from more than 30 hours of never–before–seen intimate footage taken over the year leading up to his arrest, KENK is a thought–provoking and surprisingly funny portrait of an outsize neighbourhood figure and a city in flux, both wracked by the forces of gentrification and by a burgeoning global environmental and economic crisis that promises to define our generation.

KENK is the brainchild of Alex Jansen, a graduate of Film Studies at Queen’s. Based on documentary footage shot by him and filmmaker/designer Jason Gilmore—also a Queen’s Film Studies graduate— it is written by acclaimed journalist and avid cyclist Richard Poplak, whose books include The Sheikh’s Batmobile: In Pursuit of American Pop Culture in the Muslim World and Ja, No, Man: Growing Up White in Apartheid–Era South Africa with Penguin. Toronto based artist Nick Marinkovich, who adapted Sony Picture’s Underworld and has done various comics with Marvel, IDW and Image, created the gritty illustrations. Craig Small, Creative Director and co-founder of “The Juggernaut”, is developing and directing an animated film version.

KENK: A Graphic Portrait is part poetic visual meditation, part in depth journalistic profile of the New Yorker school. Kenk is the story of a man and a city at a time of monumental change. 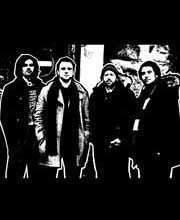